Gisladottir, who was born in Iceland, sculpts mainly in plaster. Although the initial impression is that her sculptures are large toy tops or furniture finials, we realize on reflection that they are functionless, machine-like objects derived from the rational order of technology, much like the engineered constructions of Eduardo Paolozzi, under whom Gisladottir has studied.

The sculptures, which beg to be carved in marble on a monumental scale like the discs and pyramids of Isamu Noguchi, pose an enigma. Our immediate reaction before Gisladottir’s “tops“ is to ask, “What are they for? What do whey represent?“ The sculptures have overtones of the real world, yet are unlike anything we’ve ever seen before. ... They look like they should be something, but the point is we really don’t and can’t know what they are. Puzzlingly selfsufficient, they are analogues to the order of cool rationality of a society “whose mental processes,“ in the words of Herbert Read, “aspire to logical consistency.“ 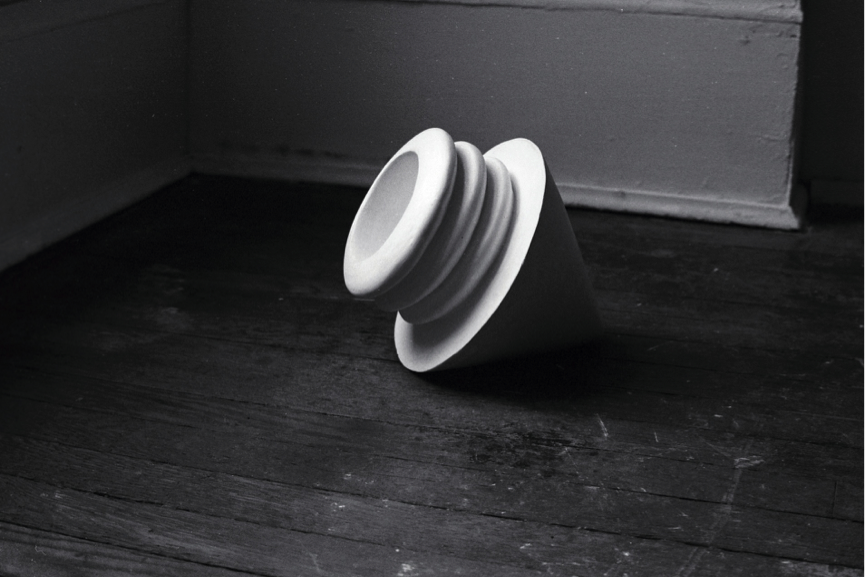 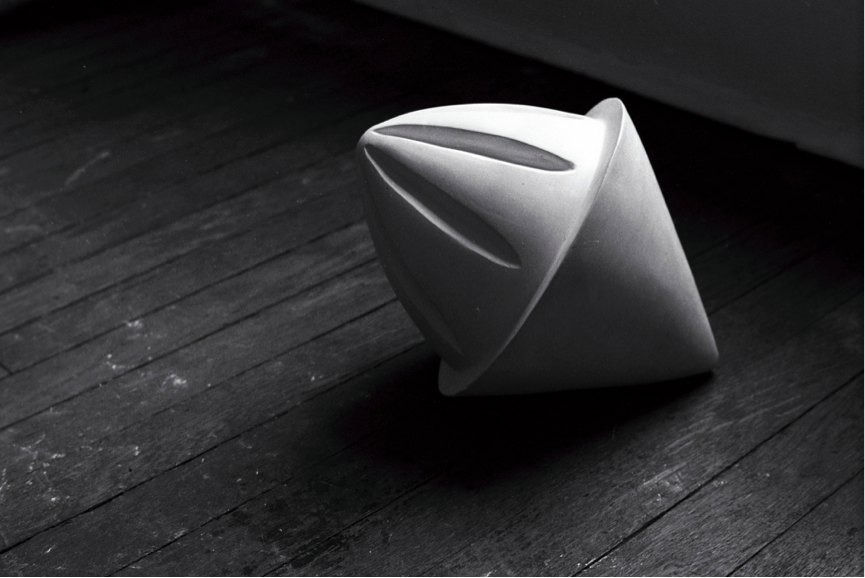 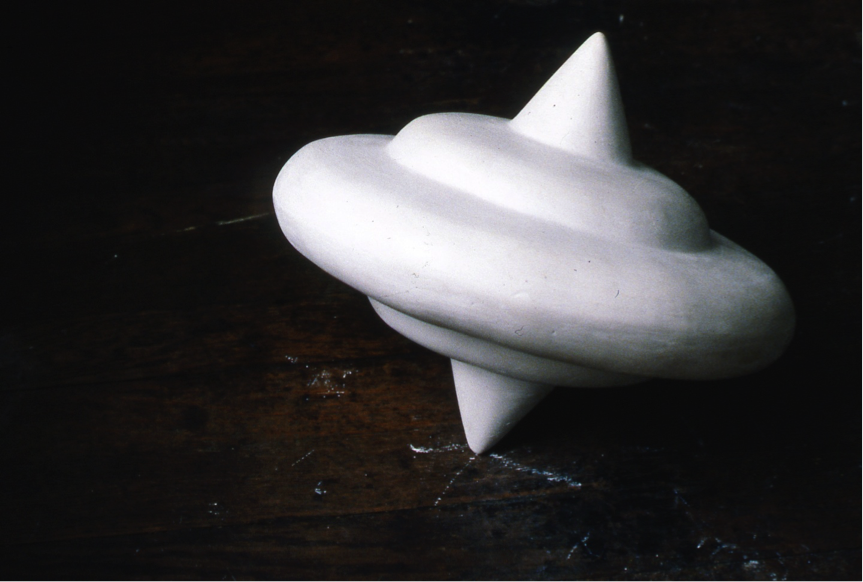 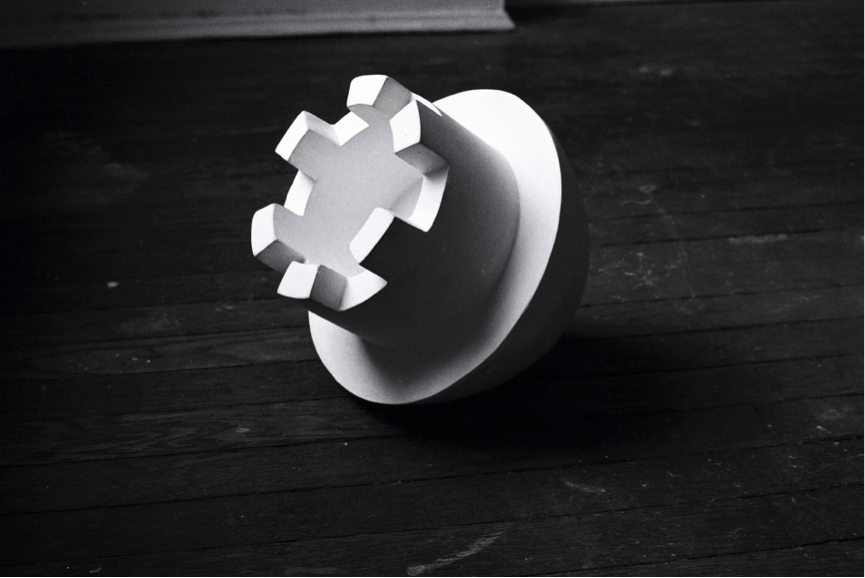 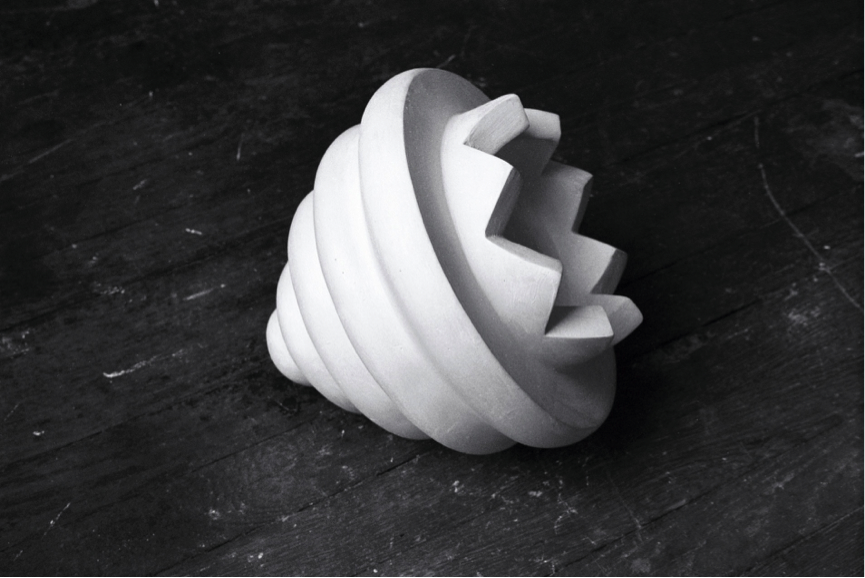 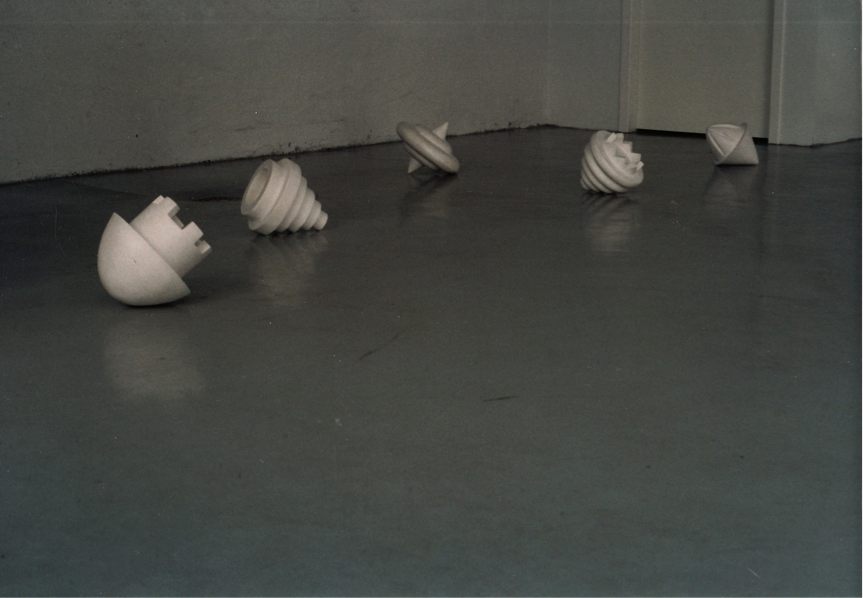