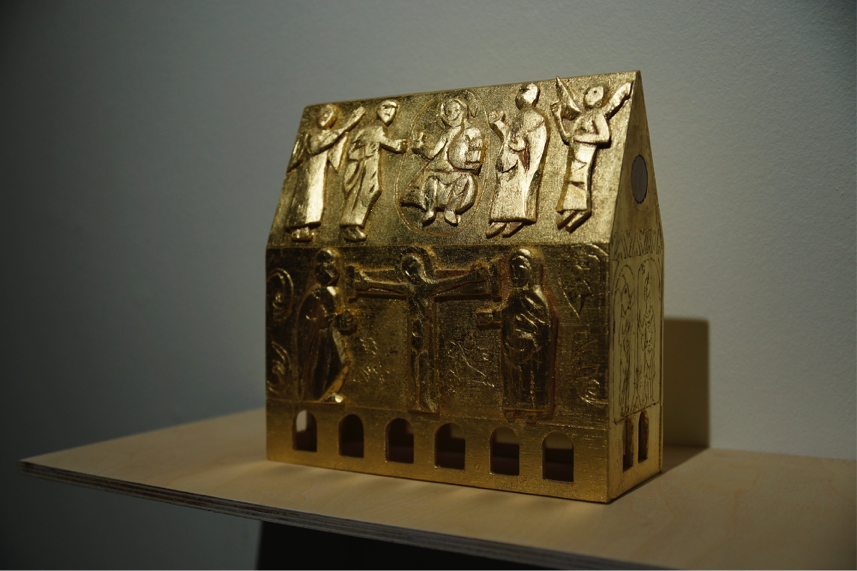 Keldur – Khor Virap looks at ancient connections between Iceland and Armenia, in view of the fact that the Old Icelandic history of Ari the Wise mentions three “ermskir” bishops who are said to have come to Iceland in 1020. They were probably envoys of the Armenian Church, the oldest in the world, founded in AD 301. Keldur in Iceland and Khor Virap in Armenia are ancient monasteries on the outskirts of the Christian world, associated by their names which both mean ‘source’ or ‘bog’.

In addition, I have renovated the reliquary that used to belong to Keldur Church, now in the National Museum in Copenhagen; I propose the hypothesis that it was a gift to Iceland from the Armenian bishops.

The third piece, entitled Abraham’s Heritage, comprises the unification of three houses of worship: a church, a mosque and  a synagogue. These belong to the three great monotheistic religions, Christianity, Islam and Judaism, which originally sprung from the same source although their disunity is disrupting the world peace.

The fourth work is the Lord’s Prayer, an audio installation in many different languages.

The fifth object is located outside the church; entitled Before God – Mirror of Time, it consists of a cylinder-shaped mirror reflecting the world and man whom God created in his own image. This work has previously been exhibited in Rome (2012) and Harpa Concert Hall in Reykjavík (2013). 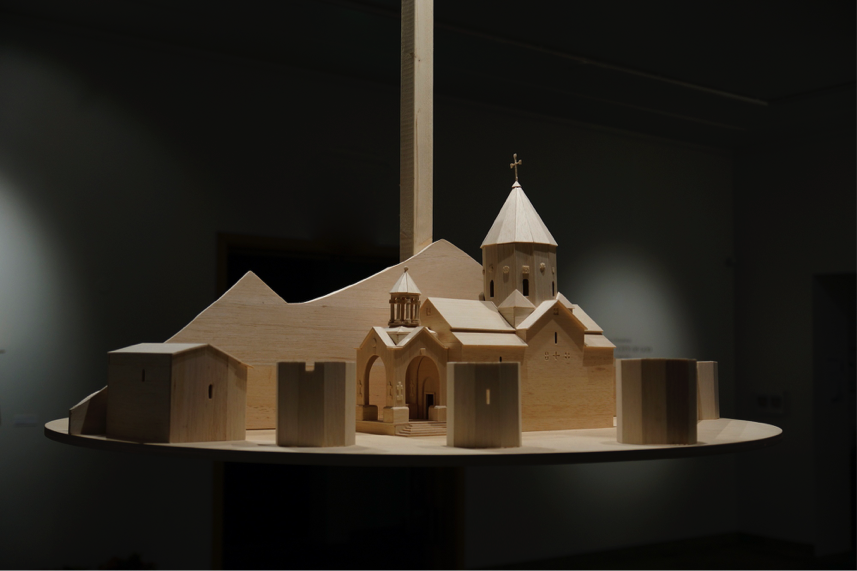 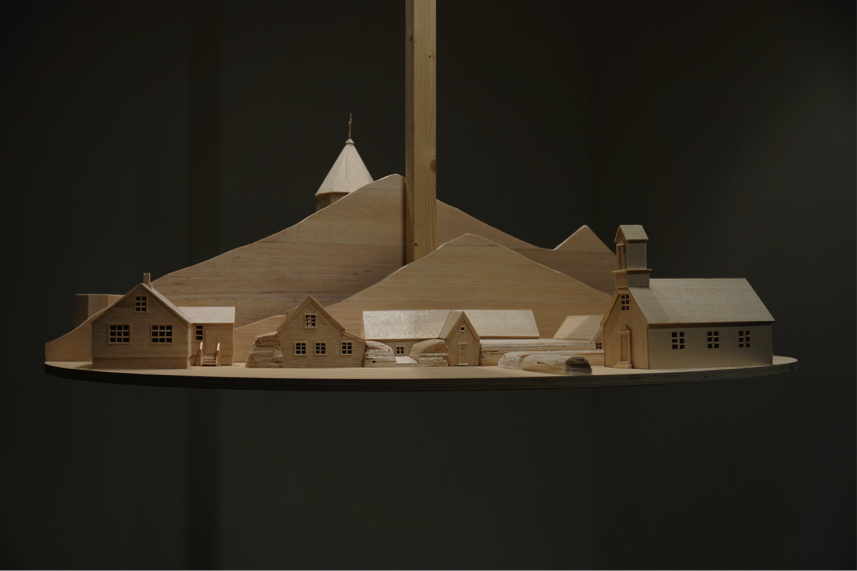 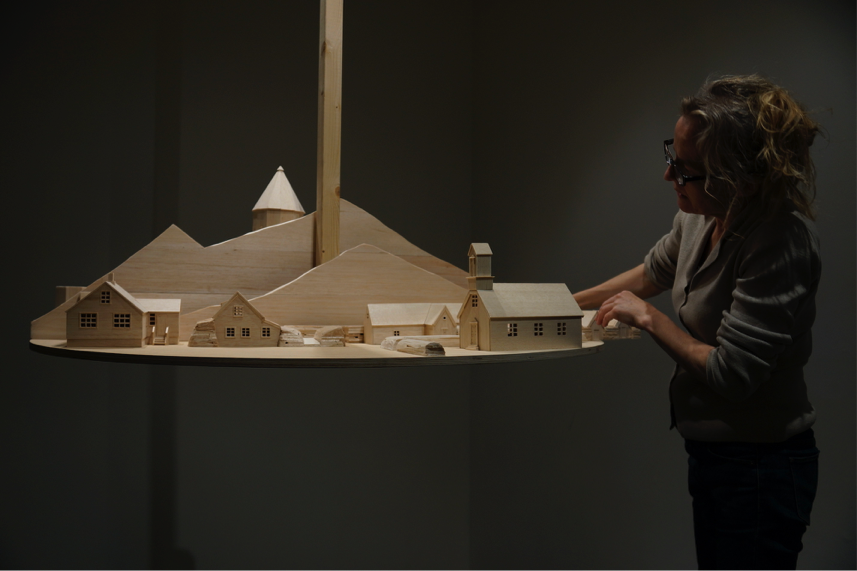 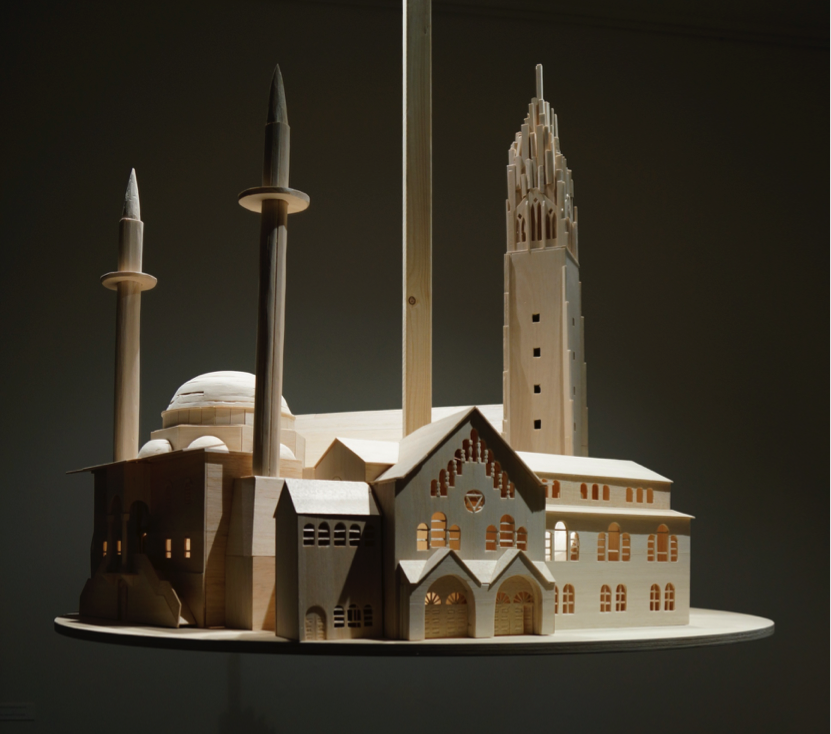 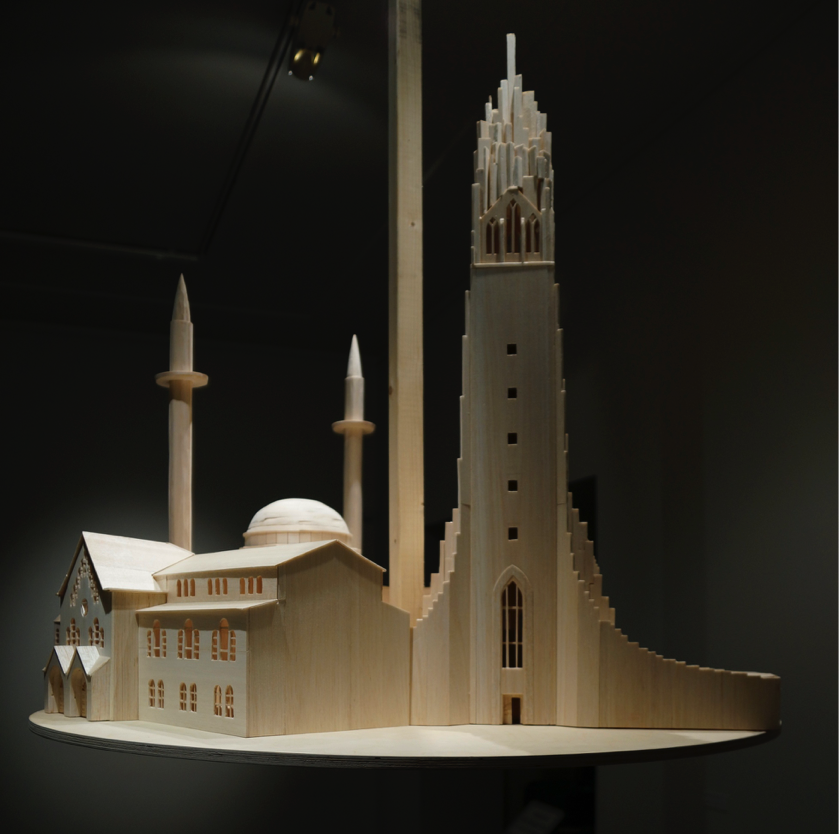 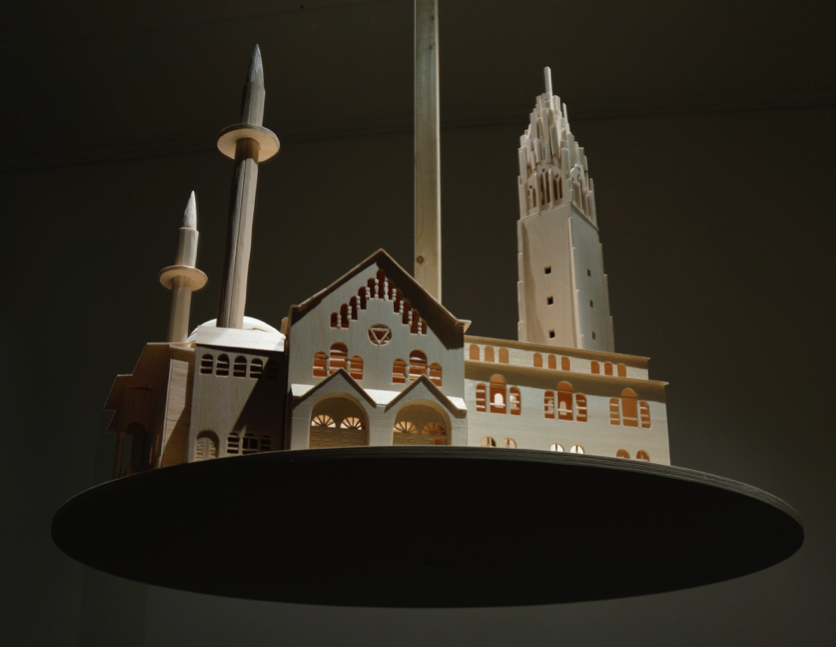 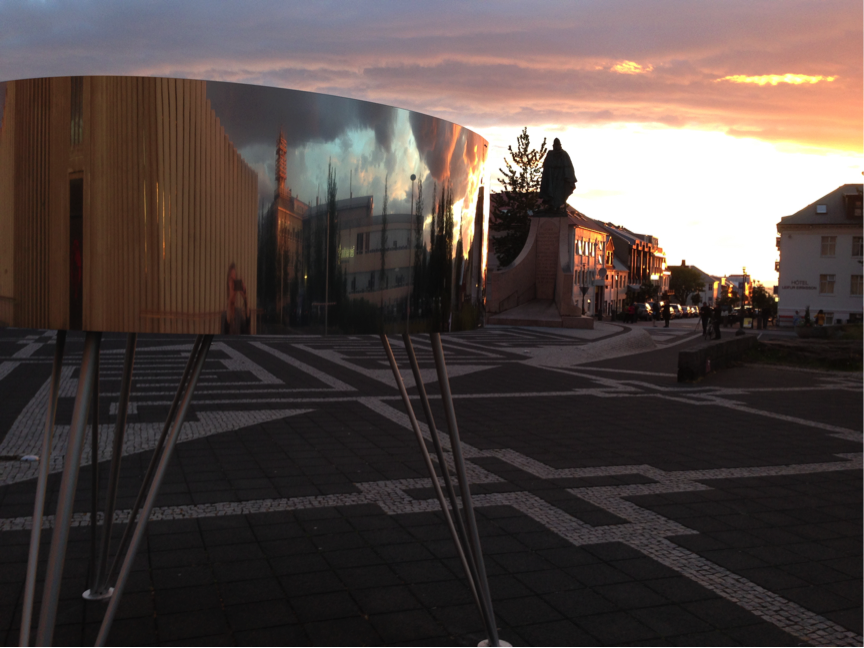 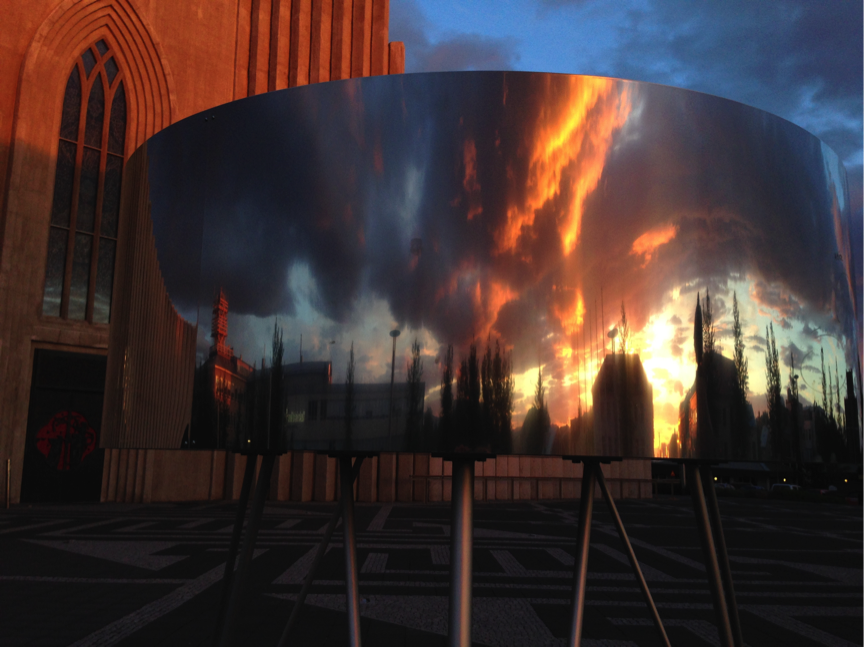 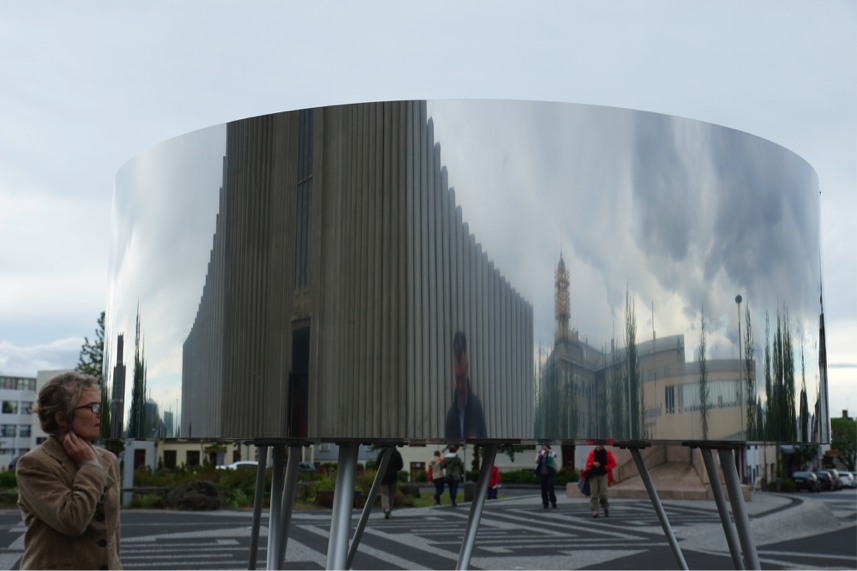