“A Fable for Tomorrow” is the most famous chapter in the book Silent Spring by biologist and author Rachel Carson. The chapter tells of a nameless American town; there were fish in the ponds, the birds sang, the apple trees blossomed, and the children played. Then some plague started to be noticed in the community and everything changed. Mysterious diseases befell the chicken, the cattle became infected, and suddenly the birds were silent.

My work Silent Spring, hommage à Rachel Carson was made in honor of the author, undoubtedly one of the most important women of the 20th century. Her book appeared in 1962 and became a landmark in the history of environmental protection. In it Carson showed that uncontrolled use of pesticides like DDT not only had detrimental effects on insects and bugs but also on the entire biota, including humans. In my work the future is reflected in the present, since everything the present borrows from the future is in debt to future generations.

The work was made for the exhibition Relate North in the Nordic House in Reykjavík in November 2013. It is a part of my M. Art. Ed. project, that is called Silence – Voices – Spring; its goal is to examine as an artist and a teacher if and how the artist can convey to students a new perspective on our environment by allowing them to participate in the creation of a work of art and in discussions emphasizing education for sustainable development. This is a participation project, involving fifteen students in Hagaskóli who helped realizing it. 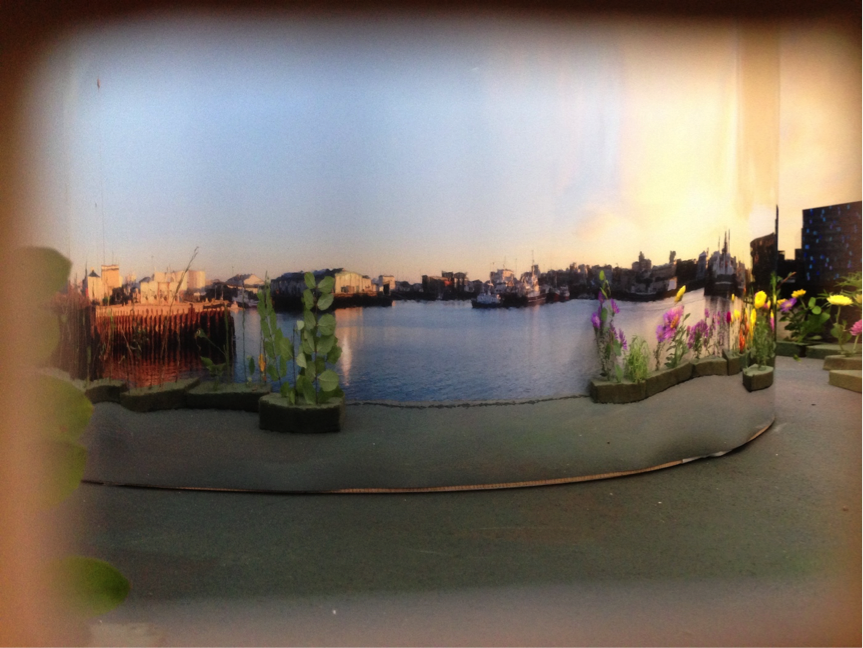 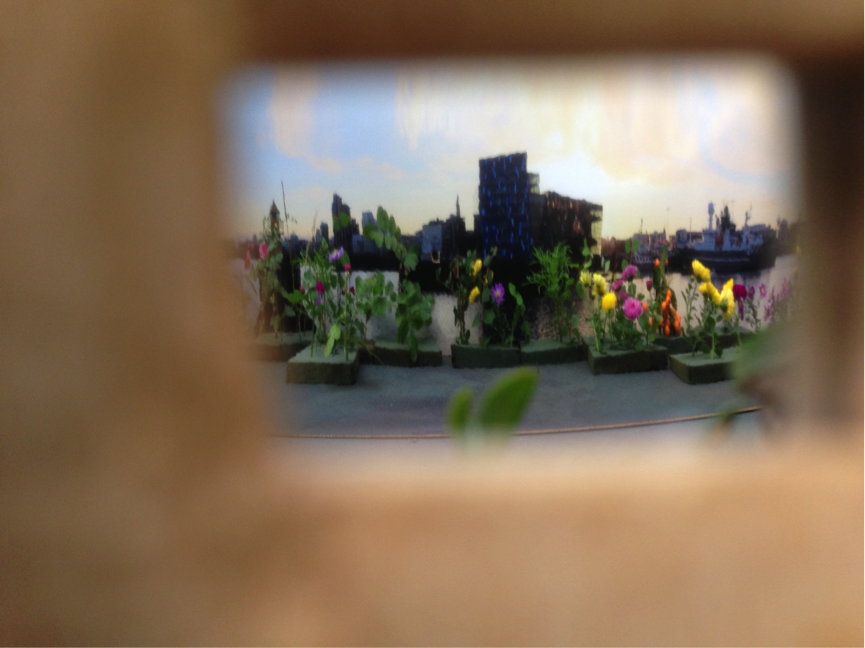 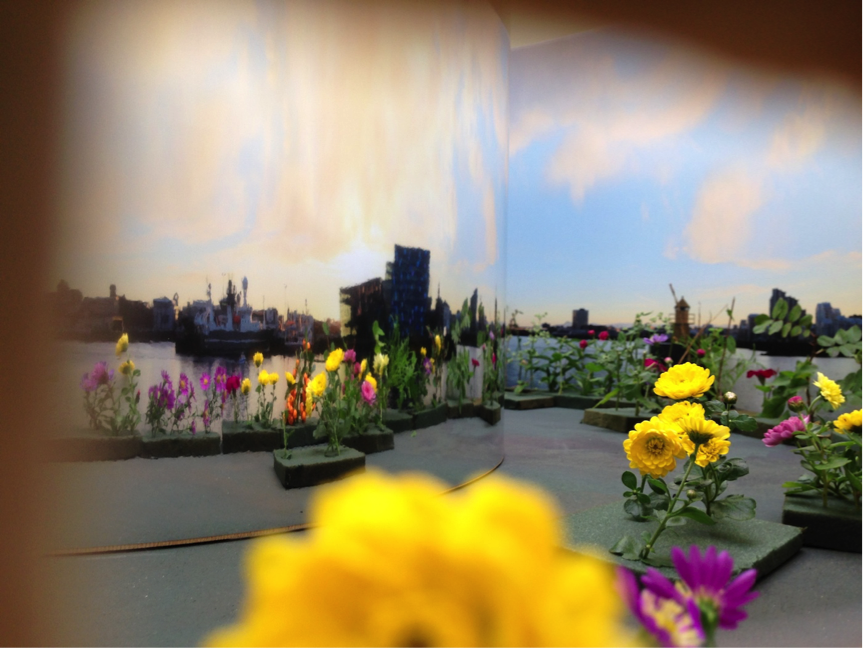 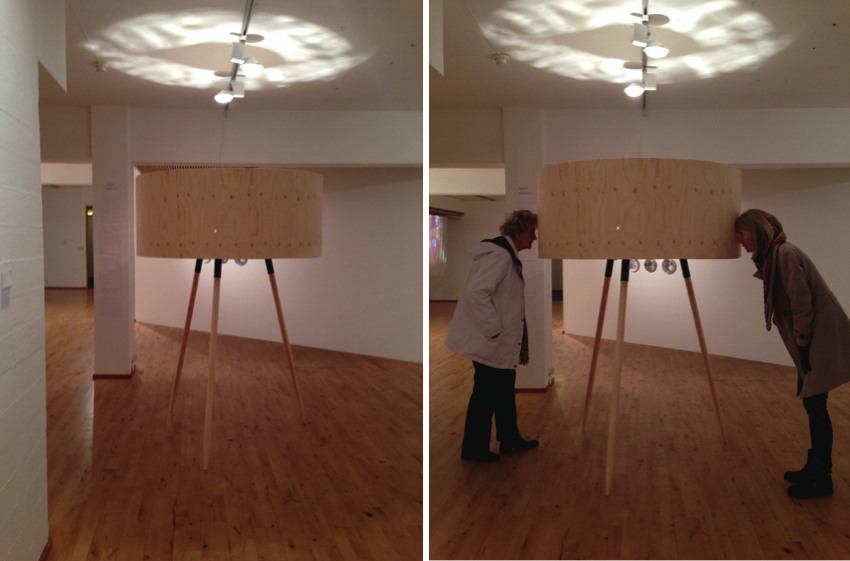 Fifteen students in Hagaskóli Reykjavík, participating in the project by arranging straws and flowers and making small islands. Gradually it will be possible to watch the plants live and then die due to lack of water and direct sunlight. 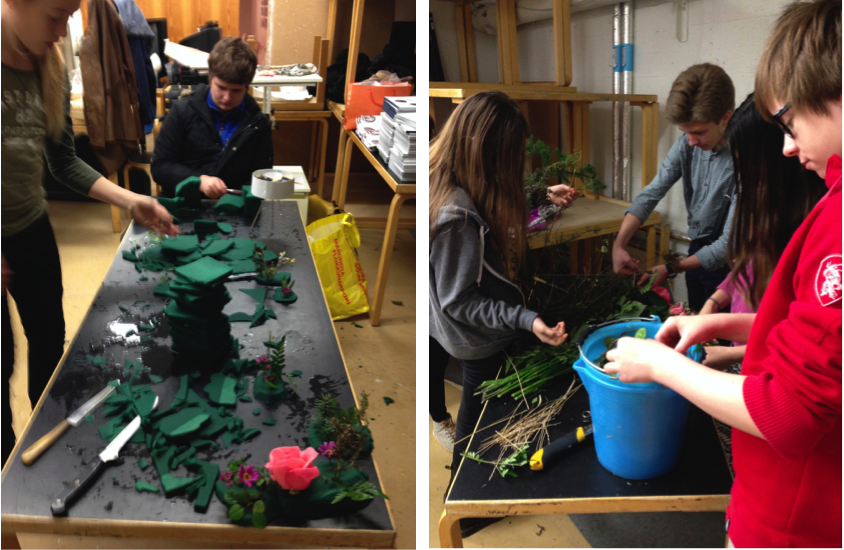 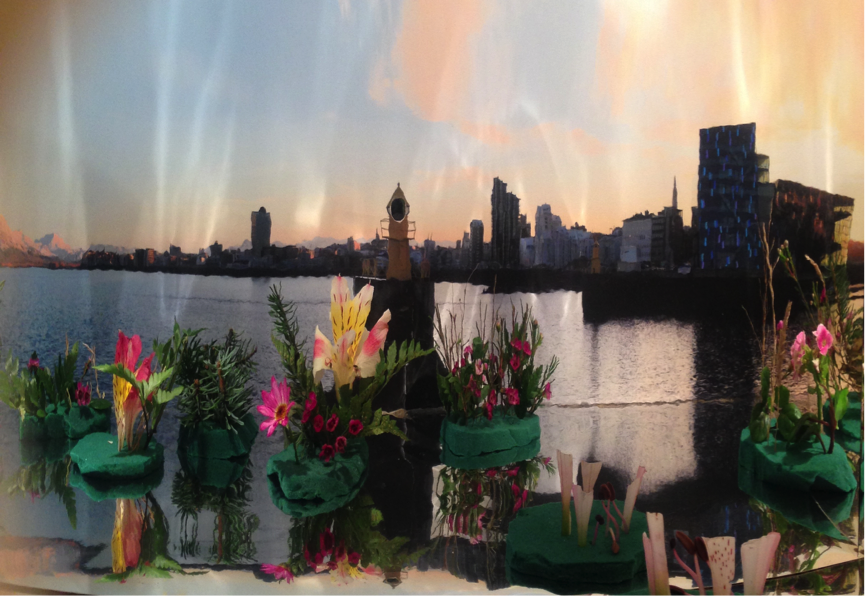 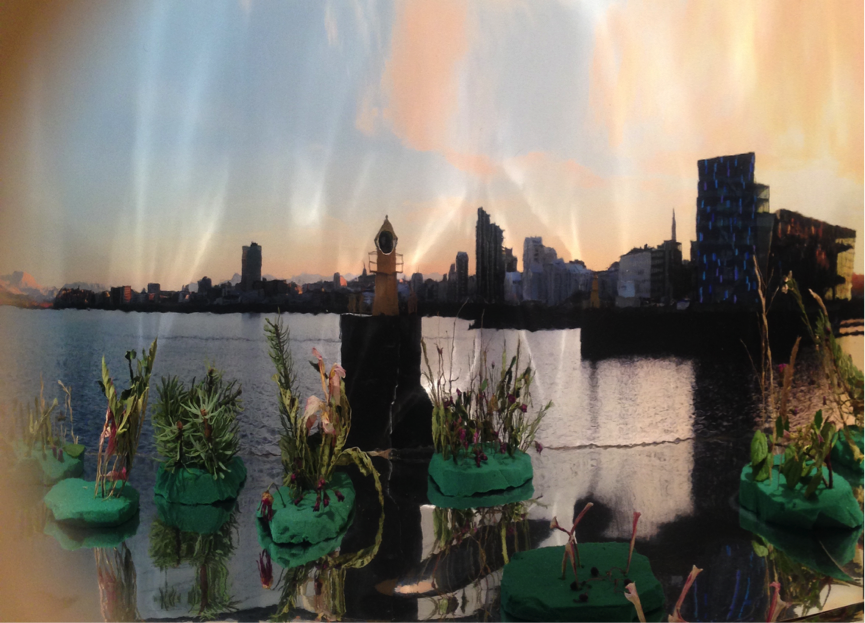 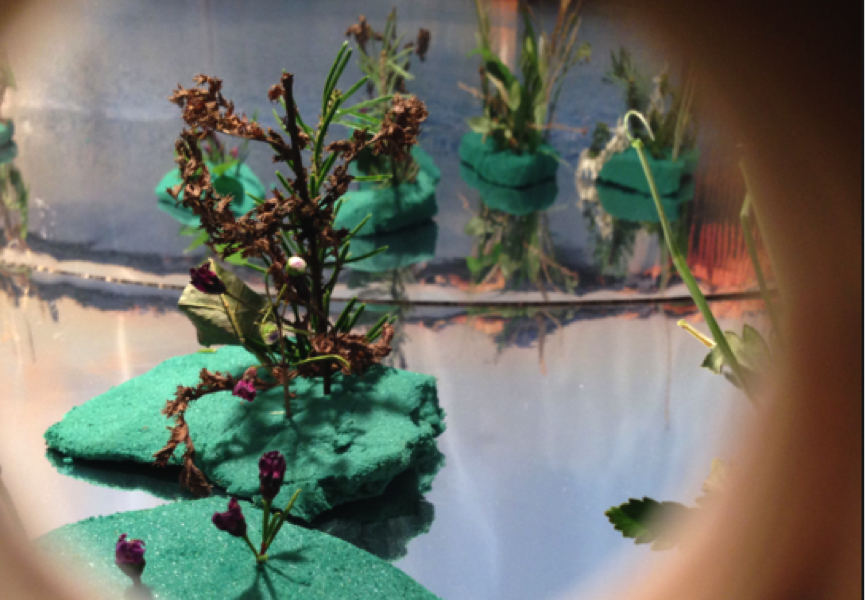